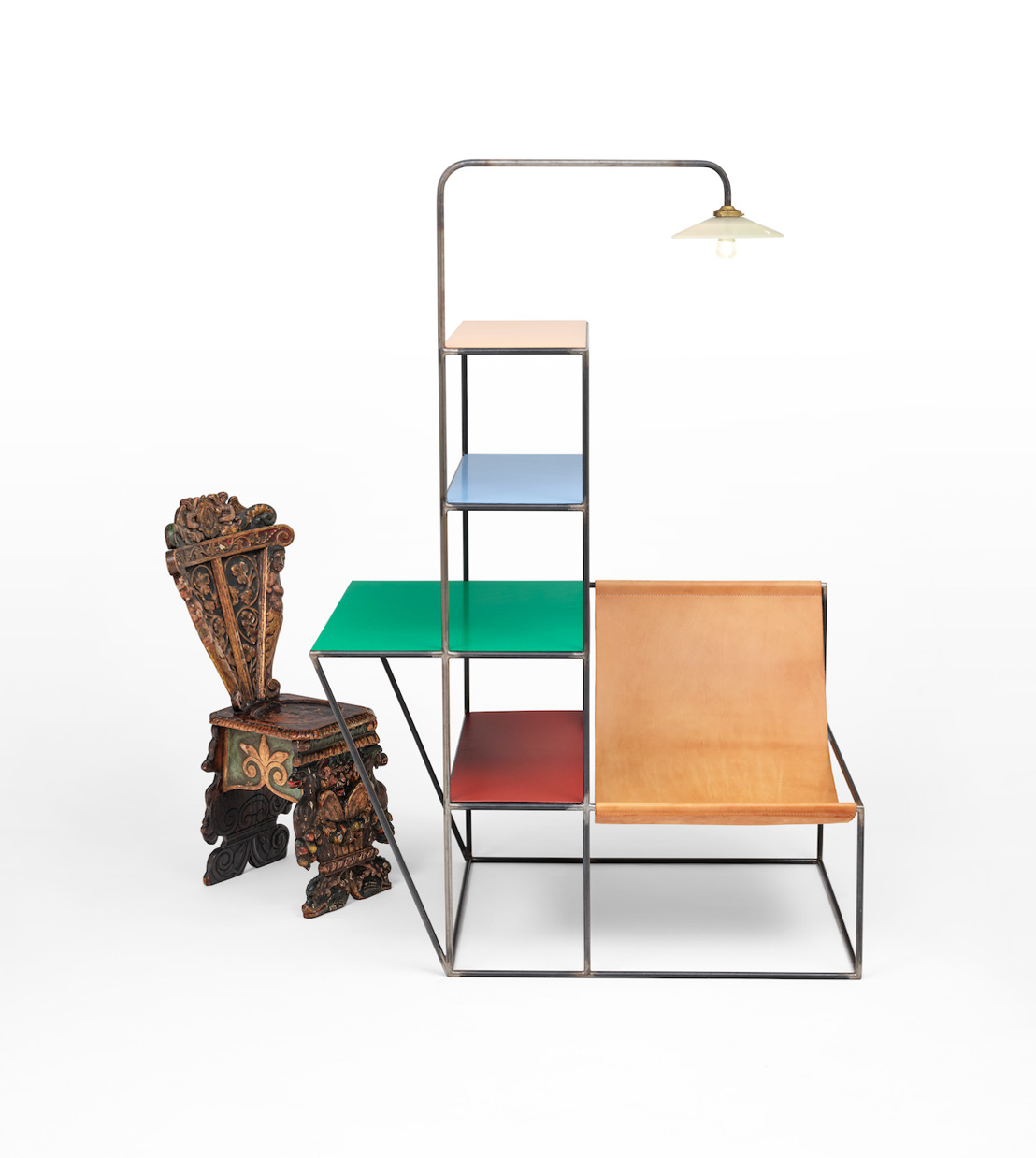 Dialogue with the collection

The exhibition celebrates their design decade in two parts. At the request of Design Museum Gent, Muller Van Severen started working with the collection. Their intuitive and eclectic selection of some one hundred collection pieces enters into a dialogue with their own work in a large installation on the ground floor. The selection reads like an anthology of design history, with works by Alvar Aalto, Ron Arad, Harry Bertoia, Marcel Breuer, Gaston Eysselinck, Huib Hoste, Marc Newson, Jean Prouvé, Studio Alchimia, Léon Stynen, Linde Freya Tangelder, Willy Van der Meeren, Henry van de Velde, Albert Van Huffel, Maarten Van Severen and many others. The result is a surprising, fresh look at the creations of Muller Van Severen and at the collection pieces, which in many cases have not been on display in the museum for some time. The pieces were selected by Muller Van Severen on the basis of a 'kindred spirit' approach. They recognise a similar vision and way of working in these objects, and a 'design attitude' that ties in with their practice.

The installation was designed specifically for this exhibition space with a focus on harmony and proportion. The overall structure is made up of vertical strips of paper that define the space similar to an architectural composition. The flowing, draped shapes and colours of the paper refer to recurring and recognisable aspects within the oeuvre of Muller Van Severen. Paper also refers to the importance of sketches, prototypes and models in cardboard or paper in their creative process.

Progress through the eyes of 10 key figures

In the historic salons of the Hotel de Coninck, the design duo will present their progress referring to ten key figures who helped determine their path. This route meanders through time and approaches their work from ten different angles. It opens with a prologue in the salons on the ground floor with early autonomous work that Hannes Van Severen and Fien Muller created individually. The sculptures of Hannes and photographic work of Fien were produced before 2011, in a period in which their own visual language as artists was developing. Each salon embodies an important moment and a link in their oeuvre and shows how chance encounters can lead to new creations and projects. The memories of these moments and collections are recounted by ten figures who have played an important role in the development of their oeuvre: Jan Hoet Junior, Delphine Bekaert, Veerle Wenes, Lowie Vermeersch, Clémence & Didier Krzentowski, James Mair, Andreas Murkudis, Massimo De Carlo, Kersten Geers & David Van Severen, Mette & Rolf Hay. The furniture series are presented together for the first time, highlighting both similarities and evolutions.

“After a ten year interval, we are staging our first major exhibition in our home city of Ghent. We are bringing our work back home – a great way to make it more tangible here” Fien Muller and Hannes Van Severen

A new book entitled 'Muller Van Severen. Dialogue' (2021, Walther Koenig) will also be launched on the occasion of their tenth anniversary. Using conversations and visual references, this publication goes in search of the origins and complexity of the DNA of Muller Van Severen’s oeuvre. Curator Jan Boelen explores their universe in a series of interviews with them, with curator and critic Beatrice Galilee, and with architects Arno Brandlhuber and Sam Chermayeff.

The publication will be on sale in the museum shop and will be in stores worldwide as from the end of October.

The 10 years Muller Van Severen. In dialogue with the collection exhibition will run until 6 March 2022. Design Museum Gent will then close its doors to implement the planned expansion. After all, the museum has been waiting since 1993 for a new wing, as the final piece of the site, with extra space for temporary presentations, workshops, lectures and events, space for art handling and logistics, proper sanitary facilities and an elevator. Once this last, festive exhibition closes it will finally be time to proceed. That is why the museum wants to show its collection one last time from a different, idiosyncratic point of view. Since Muller Van Severen are celebrating ten years as an international design duo this year, and are closely linked to the city of Ghent, it was obvious that this would be based on their perspective.

Muller Van Severen was founded in 2011. Trained as visual artists, the oeuvre of Fien Muller (1978) and Hannes Van Severen (1979) is logically situated at the interface between design and art. The duo developed an inspiring quest for sculpturally interesting furniture objects, in which the surrounding space is also part of the work. Their pieces are characterised by careful research and a shared love of art, architecture and materials. The use of simple industrial materials in combination with a special colour palette determines their oeuvre. At the same time, their pieces appear to have been created almost intuitively and seemingly effortlessly. As if the designers were drawing in space with a pencil.

Muller Van Severen have won several awards and have collaborated with leading international museums (such as Vitra Design Museum, Centre Pompidou and Musée des Arts Décoratifs) and galleries (Galerie kreo, Side Gallery, valerie_traan gallery). The duo's reputation has also been enhanced in recent years through collaborations with major brands such as Hermès and Airbnb, as well as their accessible capsule collections for Hay, for example. They are considered one of the most iconic European design teams of the moment. Their work can be found worldwide in homes and public places. Most of their pieces are handmade by small-scale workshops and talented artisans, always with a focus on the authenticity of the chosen materials.

Open on weekdays from 9:30 until 17:30
Open on weekends, on public holidays and during school holidays from 10:00 until 18:00
Closed on Wednesday

Dowload more images via this link